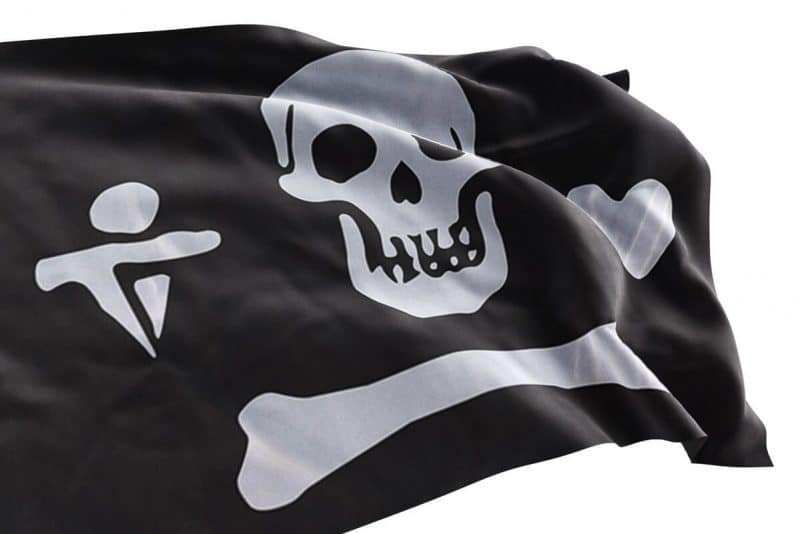 Hey old sea wolf, are you on a quest for revenge and live for adventure? Then get yourself the Stede Bonnet flag, a historical pirate betrayed by Blackbeard.

The story of Stede Bonnet known as the gentleman pirate is worthy of the greatest pirates. From a wealthy English family living in Barbados, he decided to take up piracy after his military retirement to escape his wife, whom he could no longer stand.

Stede Bonnet paid for a sailing ship that named Revenge and 70 sailors to form his 1st pirate crew. He met the great Blackbeard in Nassau, known as the haven of pirates during the golden age of piracy. With the latter, they plundered several merchant ships together until the day his crew betrayed him to abandon him and leave with Blackbeard on the Queen Anne’s Revenge.

Pardoned by the governor of North Carolina, he became a privateer to fight against the Spanish ships, but decided to take revenge on Blackbeard, he fell back into piracy under the name Captain Thomas. Never succeeded in his revenge, later captured at the Battle of Cape Fear River and hanged with 29 of his men after an attempted escape from prison.

Like any good pirate of that era, Stede Bonnet hoisted a pirate flag on his ship to scare off his enemies. The Stede Bonnet Flag is depicted with a white skull and crossbones between a dagger and a heart.

If you too are on a quest for revenge, living only for adventure then pay tribute to Stede Bonnet by getting his pirate flag. 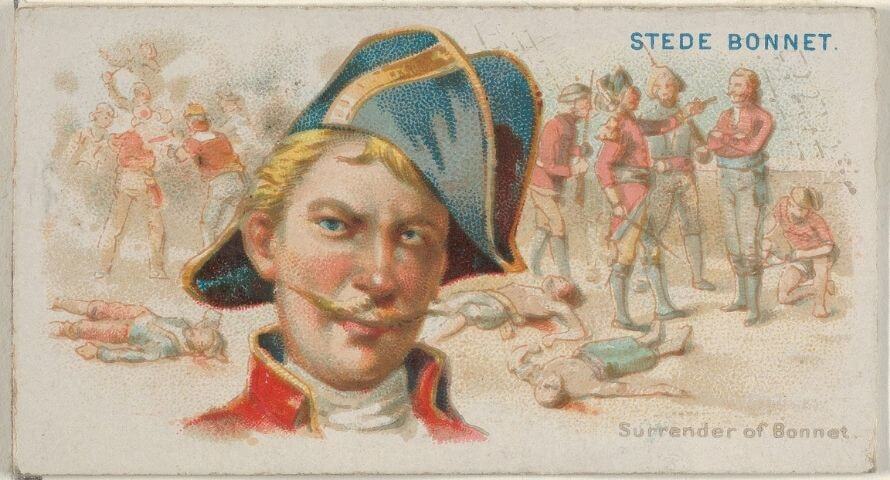