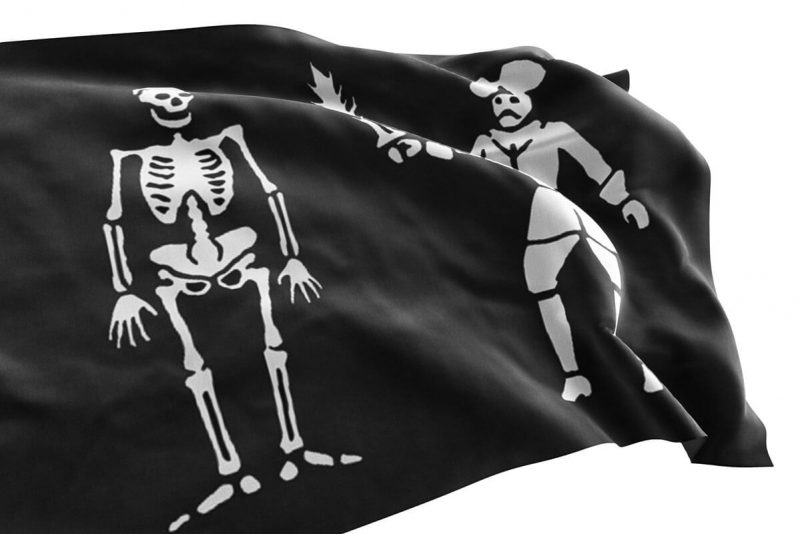 Oh old sea wolf, do you love danger and enjoy life? So defy death like on our Bart Roberts Flag and live like every day is your last. Cast off and sail into the unknown, hoisting this pirate flag proudly. A famous Jolly Roger

The story behind Black Bart’s Flag, a pirate like no other

Born in 1682 in Wales John Roberts known as Black Bart, better known as Bartholomew Roberts, owes his first name in homage to Bartholomew Sharp. From the age of 13 he began scouring the seas to become years later one of the most popular pirates of 17ᵉ century piracy.

Many exploits and legends are attributed to him. The most notable being the capture of a fleet of 22 ships in a single catch, a feat hailed by every buccaneer. In terror of the seas, he would have captured nearly four hundred ships during his pirate epics. Another notable thing, Black Bart is said to be the precursor of the pirate code.

An exceptional pirate, his personality far from the stereotypes of pirate earned him the inspiration of Captain Hook in the Peter Pan universe, for his taste in manners in good and due form. Indeed, he was a neat pirate, well dressed, with good manners, not drinking alcohol and having an excellent pen. Surely the reason of his great success. 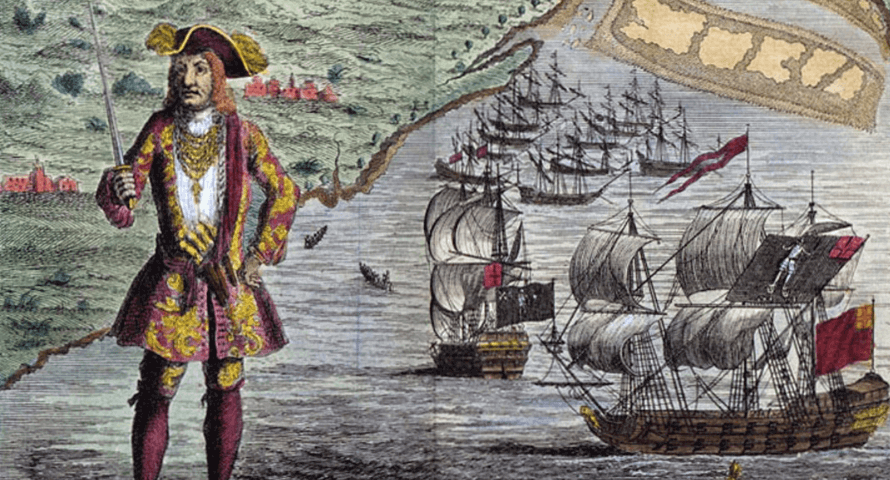 Captain of many ships during his lifetime, such as the Fortune, the Royal Fortune and the Good Fortune, he also had many pirate flags during his conquests. Here, we see him always well-dressed, a flaming sword, defying death itself. Indeed, Bartholomew was not afraid of death, he enjoyed life to the fullest and every moment, preferring a short life of abundance than a long life of toil.

To perfectly illustrate the Black Bart’s flag, here is one of his famous quotes:

What do you get from honest labor? Meager rations, low wages and hard work. With us it is abundance till we are hungry, pleasure and ease, freedom and power; how to swing if you make the count, when all you risk in the worst case is the sad look you make at the end of the rope. A short but good existence will be my motto.

If you too are not afraid of death and would rather defy it than submit, do not hesitate and get the Pirate Flag of Black Bart fighting death.