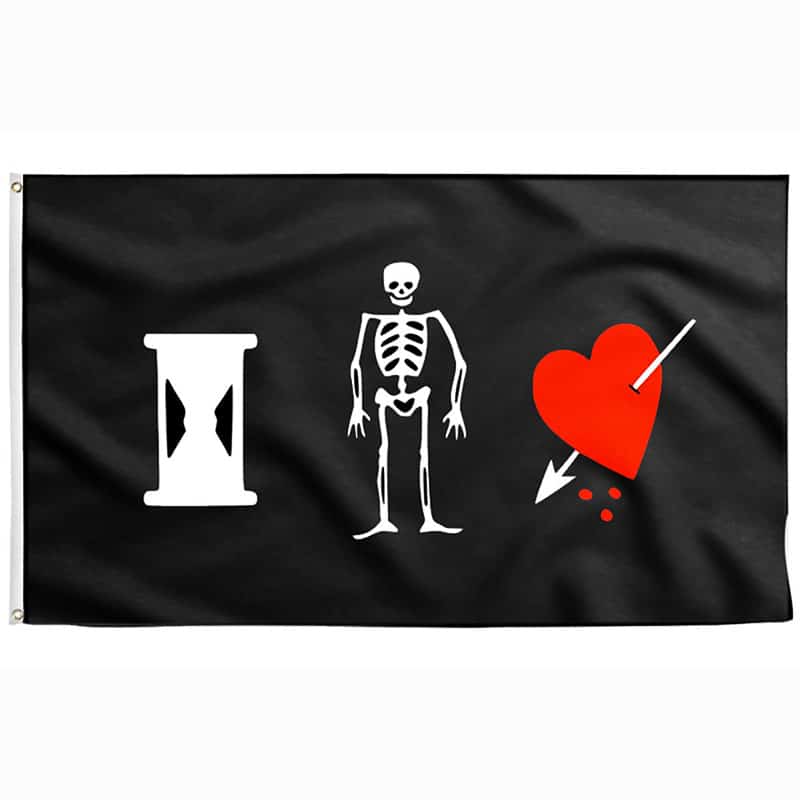 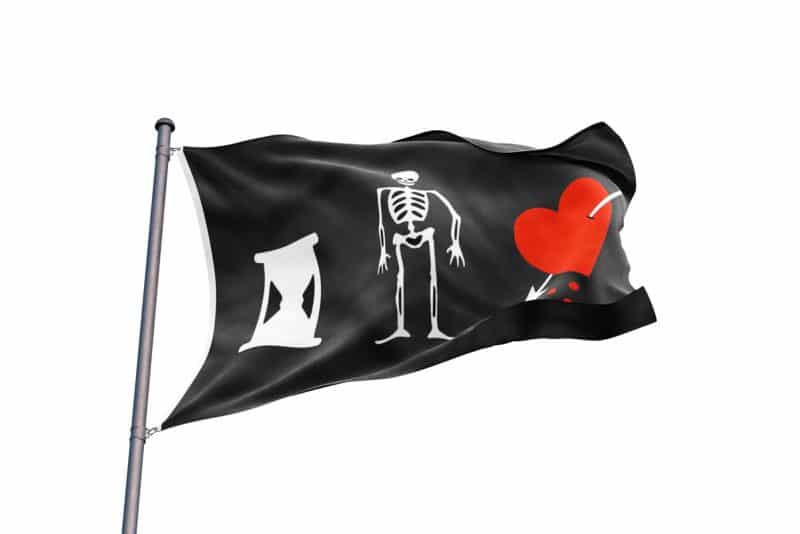 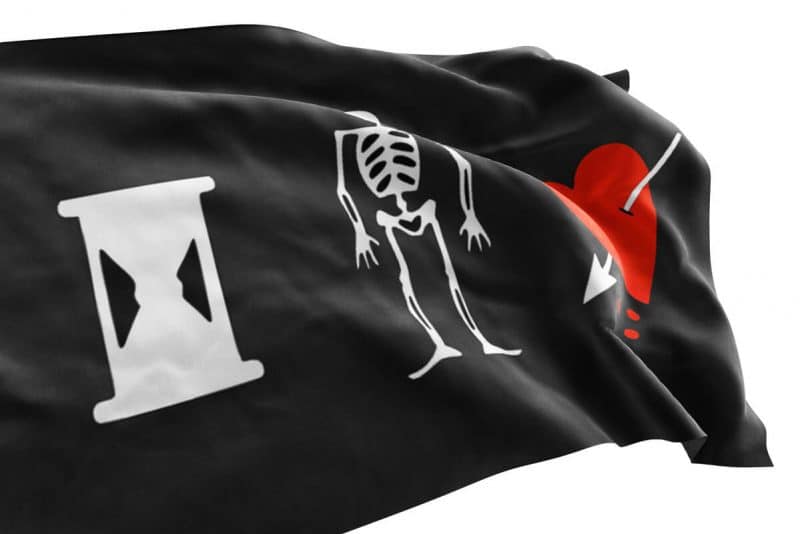 You too climb the ranks and become a pirate captain like John Phillips. Pay tribute to him by getting his Pirate Flag Skeleton Heart.

The story behind Pirate Flag Skeleton Heart of John Phillips

Originally John Phillips was an honest English shipwright. During a voyage from Bristol to America, his ship was captured by pirates under the command of Thomas Anstis. Being a skilled craftsman, John Phillips was forced to join Anstis’ crew.

Quickly converted into a true pirate, John Phillips stayed on Thomas Anstis’s ship for 1 year before Anstis abandoned them in Tobago following a surprise British ship attack. Returning to England after avoiding capture by hiding, John Phillips set sail again with a few men to form his own band of English pirates.

He captured 34 ships in less than 8 months before being killed after a mutiny by his prisoners.

The English pirate flag of Captain John Phillips is a black flag with a skeleton in the middle surrounded by a shield and a heart pierced by a bloody lance. 3 strong symbols of piracy, the hourglass to signify the passing of time to his opponents, the skeleton for certain death and the stabbed heart for a violent death. 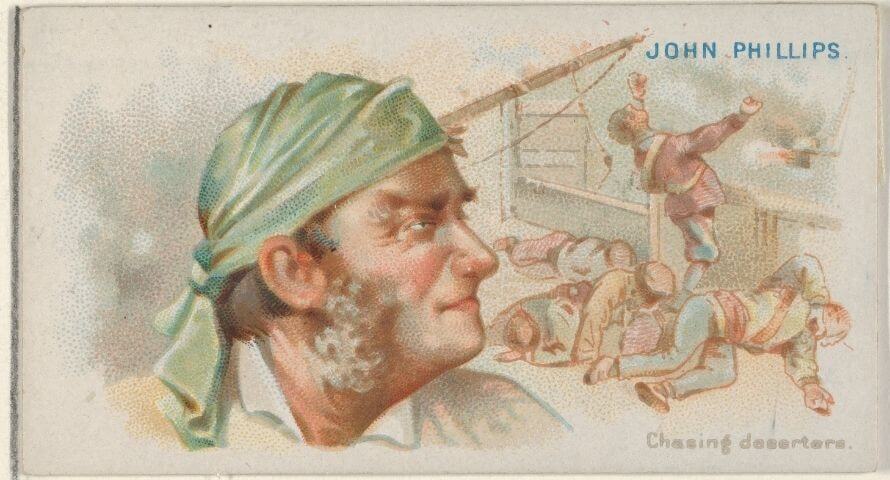