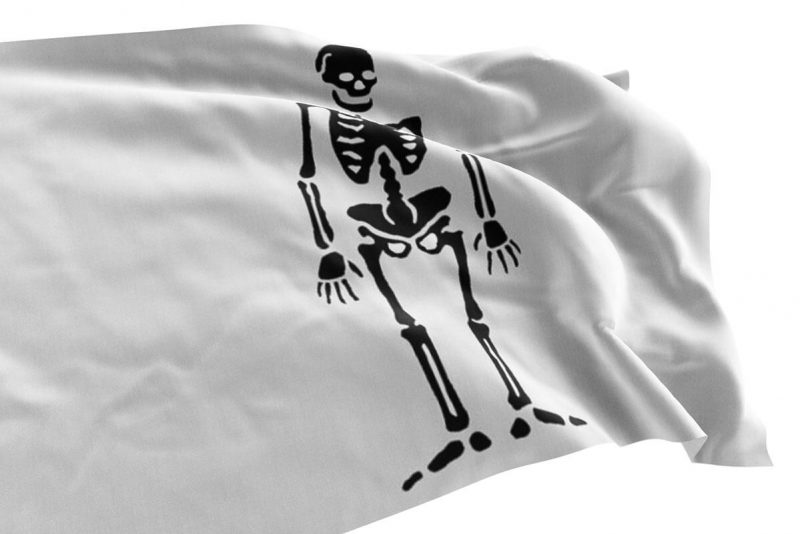 Pick up Olivier Levasseur Flag aka La Buse, legendary French pirate. Raise his white pirate flag and go in search of the treasure he had hidden. Can you decipher the cryptogram he left behind ?

Olivier Levasseur aka La Buse was a French pirate who made history. He rubbed shoulders with many famous pirates during his adventures on the oceans, such as Samuel Bellamy and Edward England among others.

The Buzzard is notably known for piracy in the Caribbean and Indian Ocean. Its greatest capture was without question, that of the Virgin of the Cape! A major flagship of the Portuguese navy with countless accumulated treasures on board. There were diamonds, jewelry, pearls, gold, vases, this booty is estimated at 5 billion euros, a colossal haul.

Later he was arrested in Madagascar and then hanged for piracy on the island of Bourbon, now Reunion. Legend has it that on the scaffold with the rope around his neck, La Buse threw a cryptogram into the crowd offering “My treasure to whoever can take it!”. To this day, no one has succeeded in deciphering his parchment, but his treasure is the object of much covetousness. 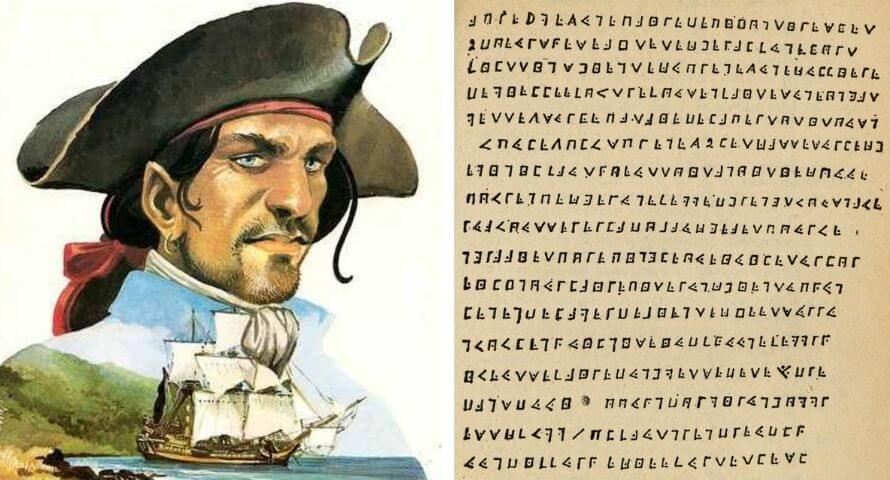 Pirate La Buse, legend of the golden age of pirates

During his countless plunders or ship attacks, Olivier Levasseur flew a Pirate Flag of La Buse, uncommon in piracy. His flag was recognizable among all, contrasting with the classic Jolly Roger and its black cloth with a white skull and crossbones.

Indeed, the Olivier Levasseur pirate flag was on a white background and depicted a black skeleton, signifying a swift death to its attackers.