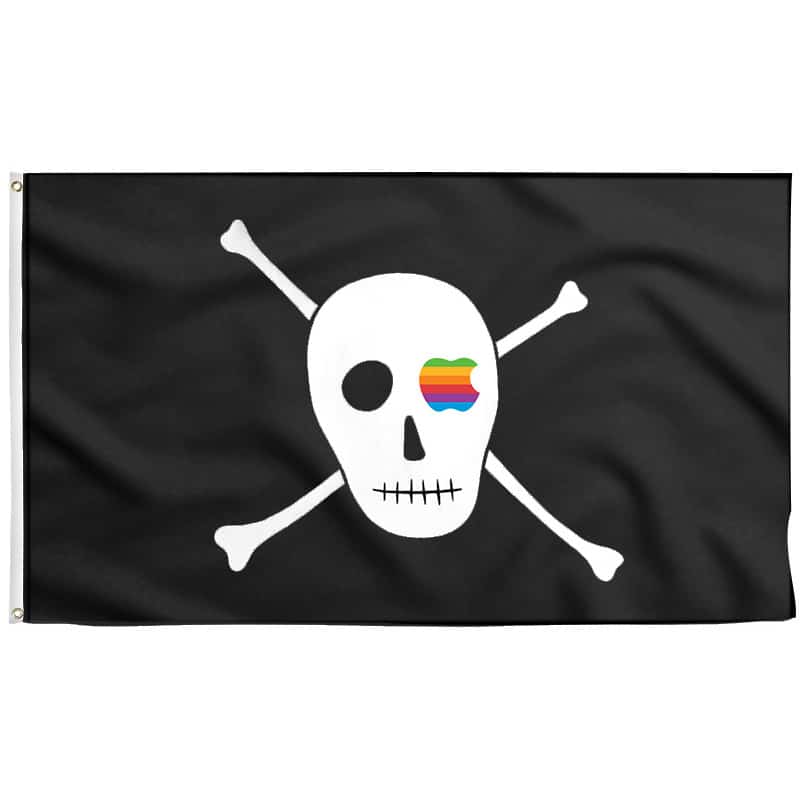 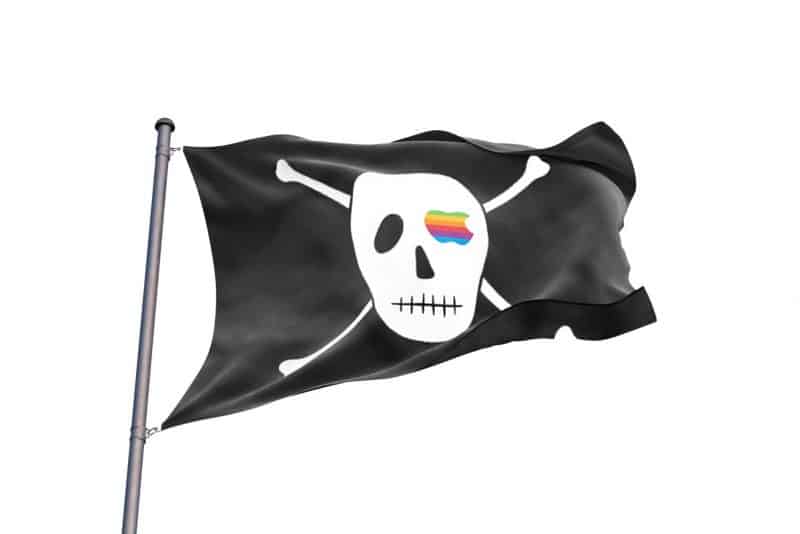 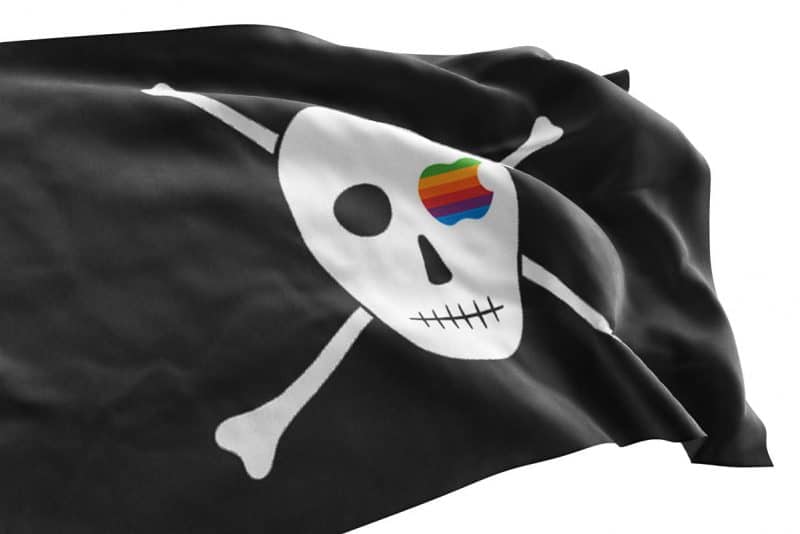 A fan of pirates and Apple ? Get this beautiful Apple Pirate Flag, inspired by the Jolly Roger that adorned the workroom where Steve Jobs met his team during the development of the Mac in 1983. A beautiful Jolly Roger with the multicolored Apple logo on the cover.

The story of the Apple Pirate Flag 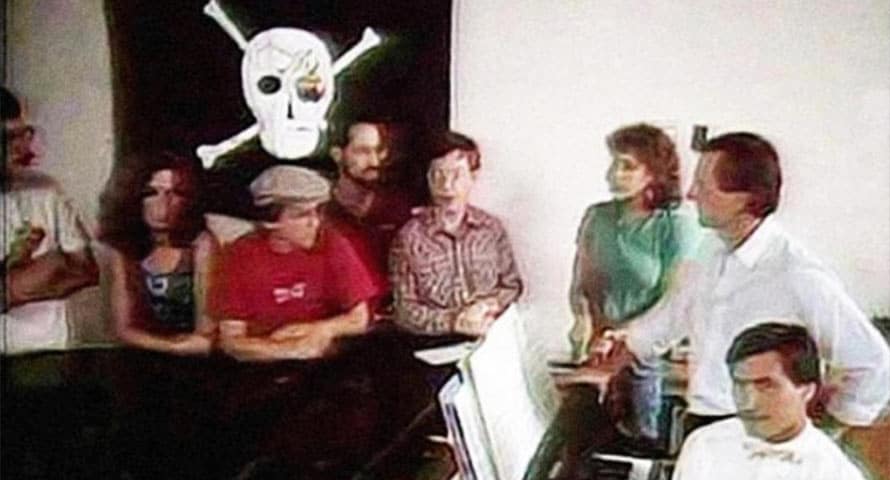 The idea of this pirate flag came from Steve Capp, a star programmer at Apple who had switched from the Lisa project to the Mac project.

He was inspired by a statement made by Steve Jobs, who said during his internal founding speech of the Macintosh team that all the engineers who were with him should consider themselves as a bunch of pirates. He even said the following phrase: “It’s better to be a pirate than to join the Navy.”

Indeed, at that time, Apple was exploding and becoming more and more bureaucratic. Steve Jobs wanted to keep a rebellious spirit in his company as in the beginning, like rebel pirates looking for freedom.

In April 2016, for Apple’s 40th anniversary, this pirate flag was hoisted in front of the lobby of One Infinite Loop ! 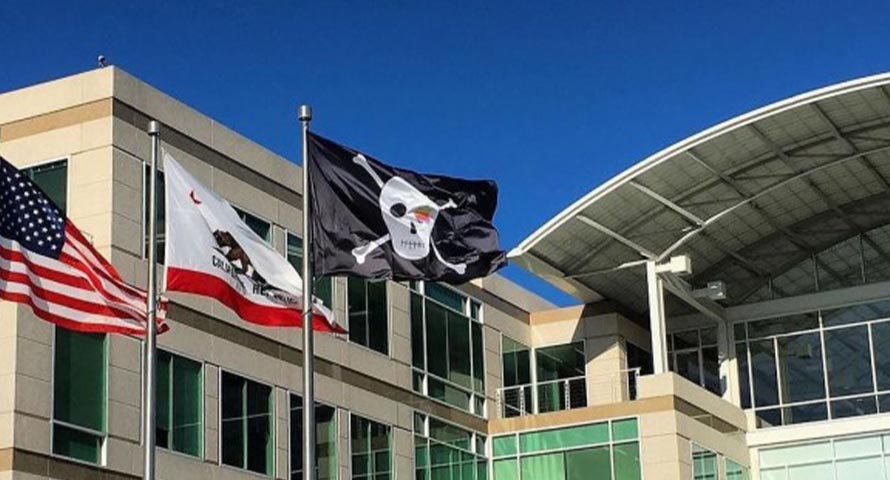